Through the Looking Glass by ABELARDO MORELL 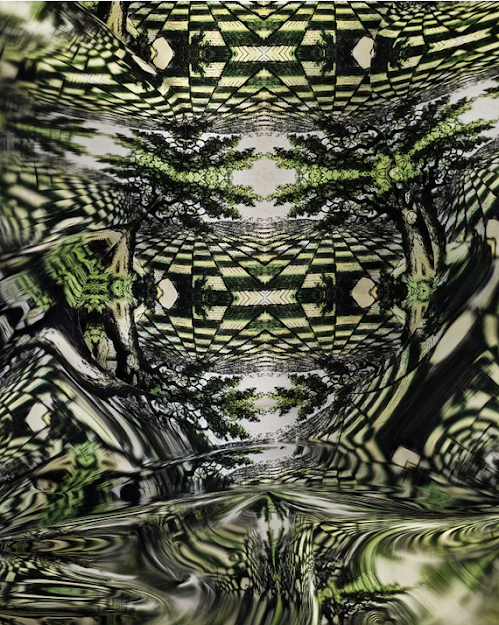 After his exquisite work illustrating Alice in Wonderland, Abelardo Morell travels trough Alice through the Looking Glass in a game of lenses, mirrors and the classic illustrations by John Tenniel.

"Through the Looking Glass revolves around Alice stepping into a mirror, on the other side of which there is a topsy-turvy, unfamiliar and illogical world. What she encounters there seemed to me to have parallels to new realities in our present moment. Notably, however, in both her trips to Wonderland, Alice is resilient. She confronts the many disturbing things she encounters with determination and, in the end, she manages to adapt to her new situation. Alice’s rolling with the punches supplied me with an instructive guide to living in turbulent times. Brave Alice learns to deal with the irrational without ignoring it.  She makes her own sense out of nonsense.

To make my pictures, I have depended on and quoted from Sir John Tenniel’s original illustrations generously. His drawings of both Alice books remain what I think are the best visual translations of what Carroll described in words.

For many images, I’ve created wallpaper, taking liberties and using parts of Tenniel’s drawings to piece together my own designs that I used as backgrounds in sets for my pictures." 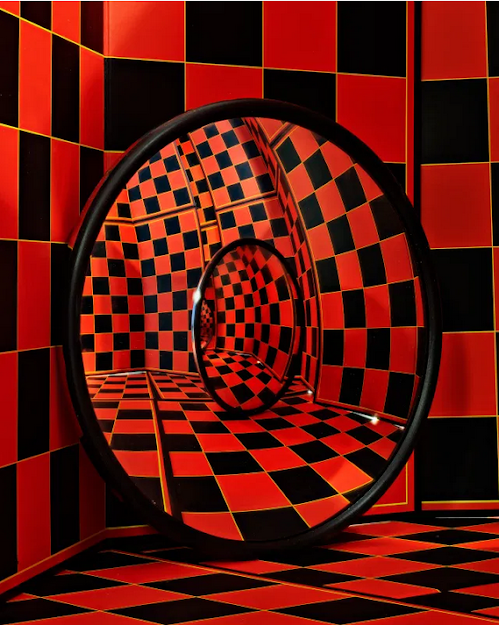 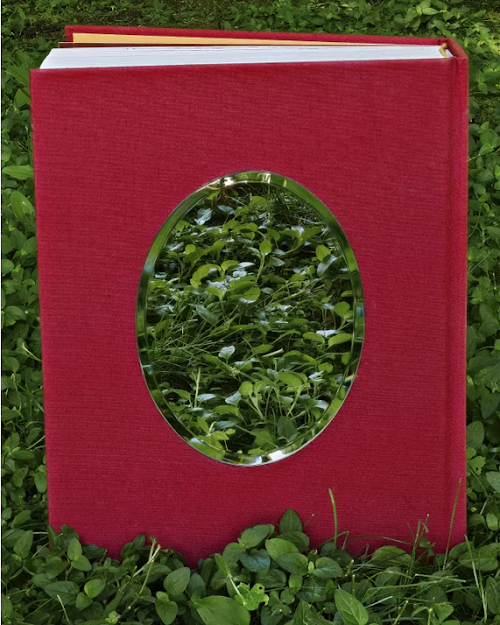 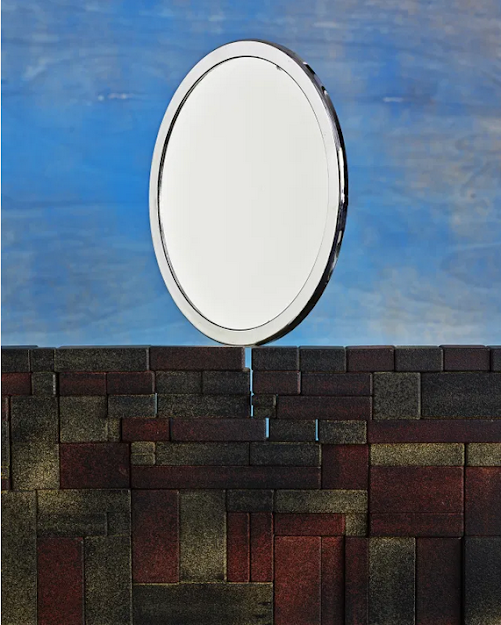 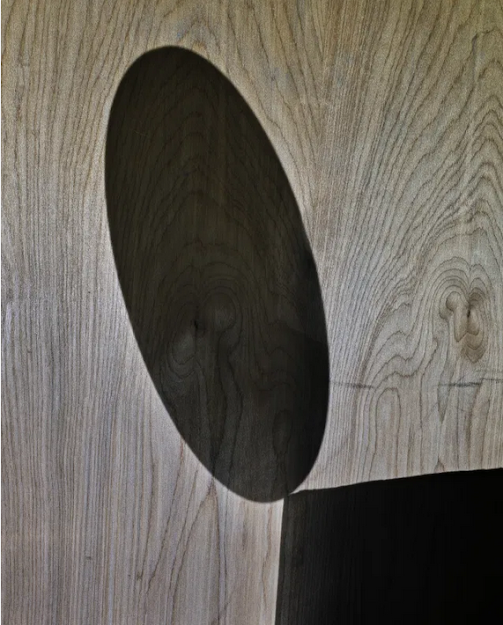 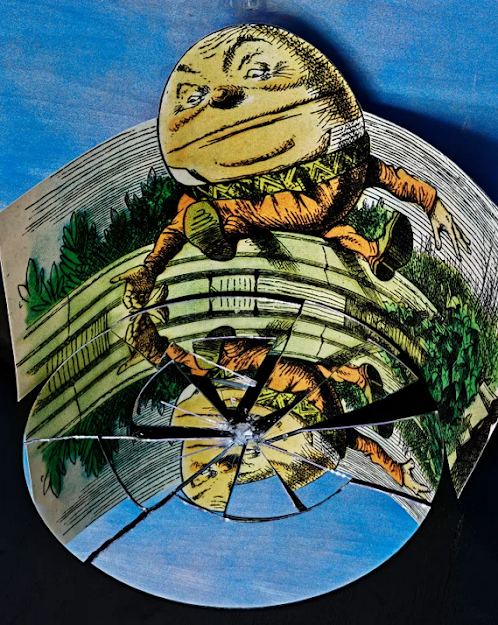 The Looking Glass games by Aberlardo Morell are an enigmagic alicescope of lens and mirrors, reflections and refractions. Tenniel's pictures are also surfaces that the artist plays, multiplies, fragments, distorts, inverts, create patterns, liquefies, opens a field of impossibles and inversions. The Looking Glass itself performs as light, as shadow, as a portal.

The iconic red book inside Morell's  book becomes an image where the reflection of the grass can be also the other side of a magical hole crossing the whole book. The book had already been the main protagonist in Morell's curiouserist Wonderland sets also including a rabbit hole.

Here the round mirror is rotated to become the egg of light which becomes a shadow promising the fall of Humpty Dumpty which happens in a reflection among dismantling fragments that disrupts a surface into shards of mirrors. It is all a great puzzle of boards in a world of corkscrew paths and dizzy spaces ruled by alicinations and alicedelic geometries. Posted by Adriana Peliano at 13:46