Ask anyone what color Alice’s dress is... 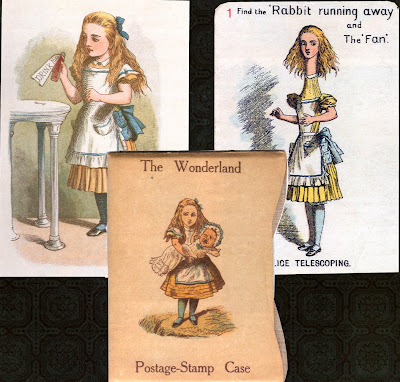 Ask anyone what color Alice’s dress is and they’ll undoubtedly reply, “Why, blue, of course.” Unless you happen to be talking to a Carrollian who knows that the only authorized color edition, The Nursery Alice in 1890, which was colored by Tenniel and featured a cover by E. Gertrude Thomson, depicts her wearing a corn yellow frock throughout, though the apron is trimmed with blue and sports a large blue bow. The equally authorized Wonderland Postage-stamp Case (1889) and De La Rue card game (1894) also show her in a yellow dress. End of story. 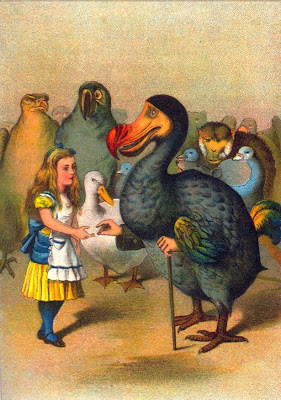 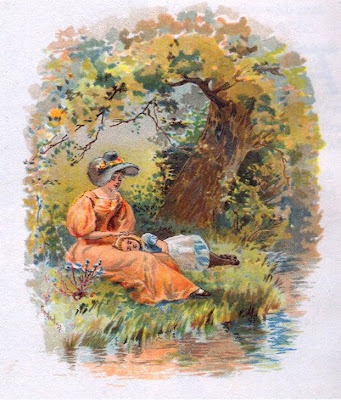 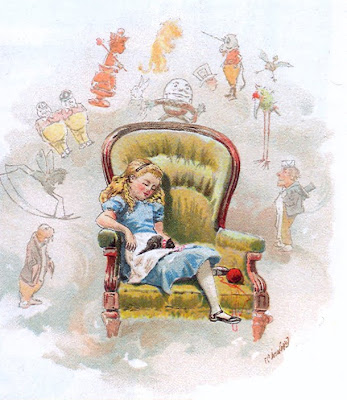 Not quite. American publisher Thomas Crowell published a fine edition in 1893 with one color frontispiece, depicting her in a blue frock, in each of the two books. Randomly looking through editions, authorized or un-, that appeared around that time and feature at least one color plate, I notice, for example, a McLoughlin Brothers edition of Wonderland from 1903 in which her dress is red on the cover yet chartreuse in the frontispiece. Many other pictorial covers from that period have her in red, and frontispiecesor interior illustrations dress her in either red, dark orange, or yellow (I am just looking at the Tenniels and Tenniel knock-offs, not those by other artists such as Rackham). 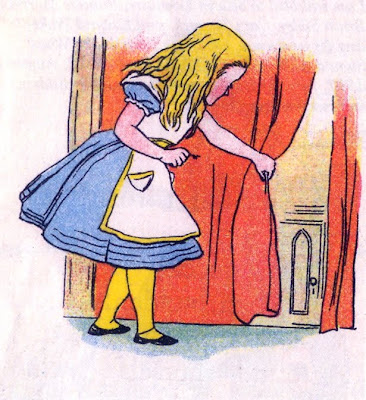 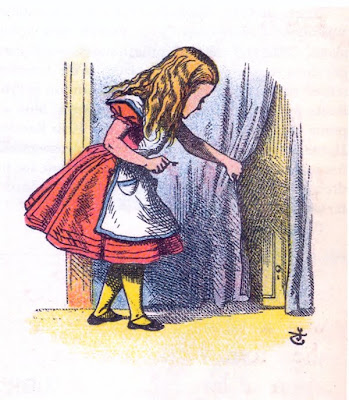 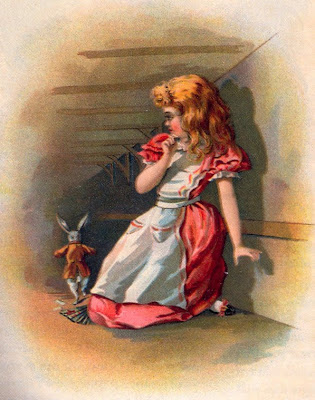 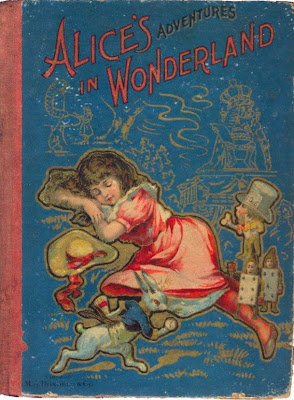 In 1903, Macmillan issued “The Little Folks’ Edition” of Wonderland and Looking-Glass “adapted for very little folks from the original story,” in which the 32 Tenniel illustrations in them had been simplified, redrawn, and then colored. Alice wears a blue dress throughout, which is likely to have been the origin of this particular canard. However, fascinatingly, in the second Little Folks’ Edition (1907), her dress is consistently red! The illustrations had reverted to the original Tenniels, but now were colored. Was it a marketer’s decision? A printer’s? Mrs. Hargreaves’s?

Then, in 1911, Macmillan released a combined Wonderland/Looking-Glass “with sixteen new colour plates” (Harry Theaker did the honors)—and there her dress is, once again, blue. Despite an American release of the “Little Folks” red-dress edition as “Wee Books for Wee Folks” by Altemus in 1926, blue was pretty much ingrained. Certainly the 1946 Random House boxed set with the Fritz Kredel coloring and a few years later, Mary Blair’s characteristic hue for her dress in Disney’s 1951 film sealed the deal, at least as far as popular culture goes. 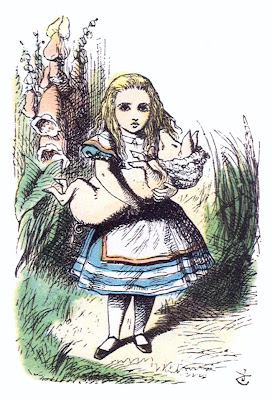 I am indebted to Selwyn Goodacre, Frankie Morris, Brian Sibley, Cary Sternick, and Edward Wakeling for assistance. Goodacre’s article “So What Should Alice Wear?” (Dodo News No.12, August 1992, from the Daresbury Dodo Club for children) informs this as well.

This originally appeared as an article in: 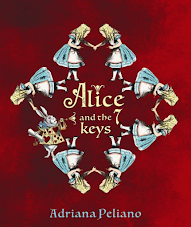 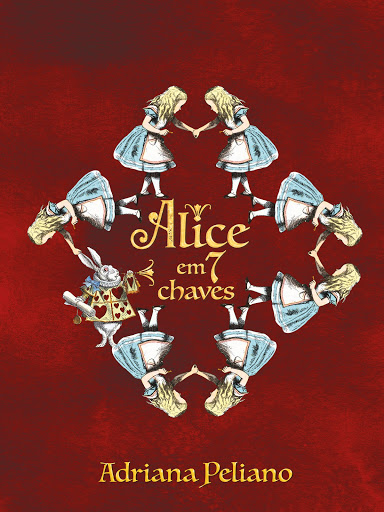