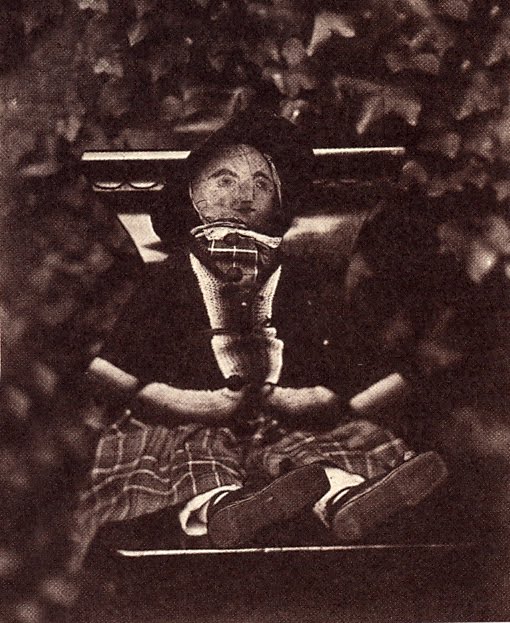 "Many years later Carroll kept stores of toys and games and puzzles in his rooms and brought them out to play with his visitors, he demonstrated the magic of numbers in mathematics; he could conjure make various animals with a folded handkerchief, pass a halfpenny though a sixpenny hole, he invented word games and picture riddles and ways of doing sums which most children found droll and absorbing (though some were bored). "

Posted by Adriana Peliano at 09:36