Rodney Matthews has worked as a freelance designer and illustrator of fantasy, science fiction and fairy tale as applied to record covers, book jackets and books (adult and children's), TV series and video games for 30 years, and is acknowledged world-wide as being one of the top practitioners in these genres.

In these Alice illustrations he creates fertile lands of fantasy that resemble old album covers of progressive rock from the 70s (Some created by himself). He doesn't offers a radical new interpretation of the story, but describes the wonderland in one sophisticated and fascinating way. He presents organics and dreamlike architectures and bizarre landscapes, approaching the animal and the vegetable kingdom, depicting elfic creatures in a landscape of science fiction full of magic, enchantment and strangeness. 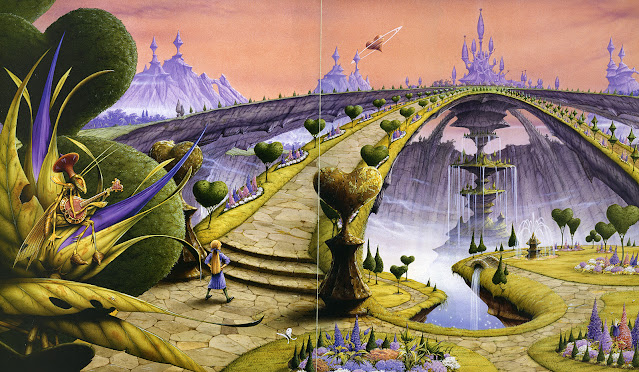 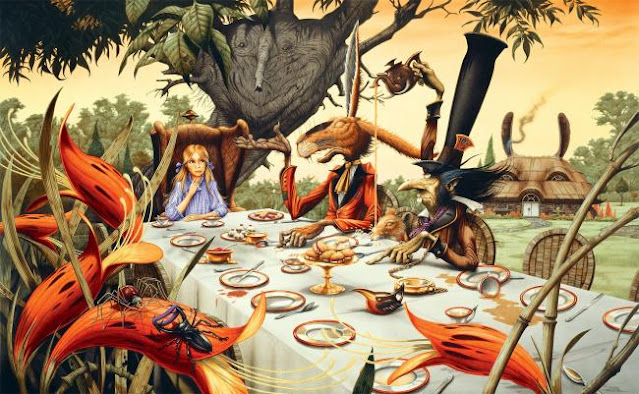 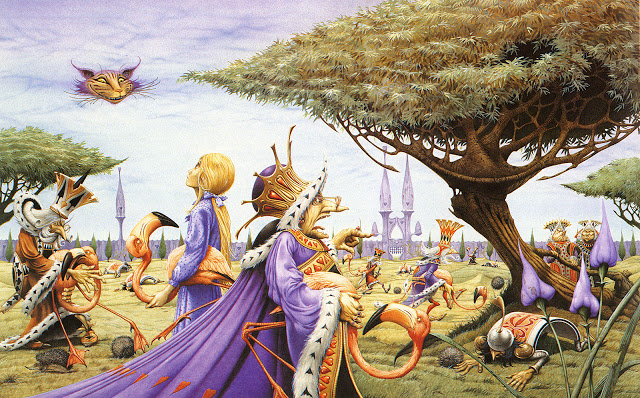 Posted by Adriana Peliano at 12:58